Most people who know they should shop local and organic want to, they really do, but a nagging question keeps them from actually doing it—is it actually cheaper?

The truth is that shopping at farmers’ market, depending on what you’re looking for, is actually not cheap, if you’re going by numbers alone.  You can buy a bunch of bananas for under $5 (which you won’t find at most farmers’ markets in North America) and a while chicken for under $10 (also unlikely).  When you pay that extra dollar or five or ten at the farmers’ market, however, your money goes a long way.

When you buy cheap, non-organic spinach or strawberries in summer when they’re out of season at the farmer’s market, think about what your money is paying for.  Your produce is covered in pesticides that you can’t entirely scrub off.  It also came in a truck from several states to an entire continent over where they are in season, meaning incredible amounts of CO2 gases were emitted to get them to the store.  Even if you get organic beef from the store, unless it says grass-fed, the cow was fed corn in a CAFO (Concentrated Animal Feeding Operation), which account for tons upon tons of toxic waste dumped somewhere in North America.

When you buy from farmers’ markets, however, you can talk to individual vendors (who are usually the farmers and all too eager to talk about their craft) to discuss whether the produce or meats are organic, pasture-raised, and otherwise.  Your money goes directly to the farmer and not any big name companies who take advantage of workers as they do their own livestock.  By supporting your local economy, you also ensure the livelihood of your town.  Everybody wins.

Tips for Going to the Market

Saving the planet and caring for local farmers and livestock may sound all well and good, but your wallet may think differently.  Follow these guidelines to make sure you make the farmers’ market a frugal experience as well as feel-good one.

1.       Buy in season.  Seasonal produce is plentiful, which means that it’s usually cheaper (even cheaper than grocery store varieties!).  Look for recipes online to incorporate seasonal items to your frugal shopping list.

2.       Shop around.  Sometimes, several vendors sell the same things at one farmers’ market but at different prices.  Go through the market once without buying anything and then come back for a second round with your wallet out.

3.       Talk to the vendors.  Usually, the vendors are the farmers themselves.  Talk to them to get direct information about how the produce and livestock are raised.  It never hurts to make friends, and it could get you some cheaper products over time.  If their blueberries were tastier than any berries you’ve ever put in your mouth, tell them.  They’re not immune to flattery as long as it’s not empty.

4.       Arrive with a shopping list but don’t be afraid to stray.  Often, some things that were there last week aren’t available the following week at markets.  Rather than sticking to a list written in ink, shop around for cheap produce and think what they could add to the dish you had in mind.

5.       Buy in bulk.  If you find something cheaper than usual that can be frozen, dried, or preserved in some way, buy it in bulk.  There’s no guarantee it’ll be that price next week.

6.       Time your arrival.  If you want cheap stuff, go late.  If you want everything on your list, go early, since you’ll get the best selection.  At the end of the day, farmers want to go home and they don’t want to take all their goods with them, so many of them might lower their prices.

Bio: Lisa Shoreland is currently a resident blogger at Go college, where recently she’s been researching College Grants and blogging about student life. In her spare time, she enjoys creative writing and hogging her boyfriend’s PlayStation 3.  To keep her sanity she enjoys practicing martial arts and bringing home abandon animals. 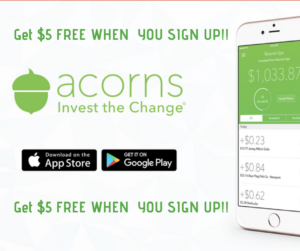